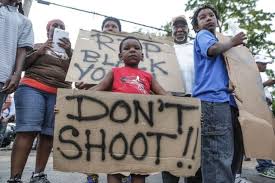 Less than a week after five Dallas law enforcement officers killed by a lunatic gunman, the nation is again reeling from another deadly confrontation between cops and an ex-military extremist. On Sunday, former Marine Gavin Long gunned down three officers in Baton Rouge, a city still reeling from the death of Alton Sterling, a black man who was shot and killed by cops on July 5.

I’m dreading the day I’ll get a call that one of my cop friends has been shot by a lunatic gunman seeking revenge for the actions of a corrupt officer who killed an innocent black person.

We are never going to get past this issue unless the police fraternity tears down the blue wall of silence. We need to have hard conversations about cops — regardless of their race or ethnicity — protecting the bad apples by doing nothing when they see corrupt officers abusing the badge and breaking the law.

Homicide investigators often plead with African Americans to end the no-snitching culture. Yet, no one tells cops to do the same. When police departments and police unions take the lead and stop protecting bad cops, they will send the message that no institution is above the law. A person can be charged as an accessory to murder for witnessing a homicide and not reporting it to law enforcement. Why can’t the cop who stays silent about an unjustified killing be charged with the same crime?

Instead, it is standard operating procedure to protect their brothers and sisters in uniform no matter what. Heck, even prosecutors rarely bring charges against killer cops because laws are designed to protect law enforcement officials. Plus, state and district attorneys don’t want to piss off police departments.

We are on the verge of a civil war. If we don’t stop making excuses for the actions of bad people, everybody in the U.S. is going to start shooting each other.
THAT’S THE CONVERSATION WE NEED TO HAVE.
unclelukereal1 twitter
unclelukereal1 IG