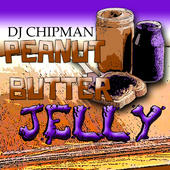 DOES MIAMI RADIO GIVE A DAMN ABOUT THE LOCAL ARTIST ?

Two weeks ago on my Instagram, I went on a rant criticizing local hip-hop radio stations for not showing any love for Miami-based artists. You’re not going to hear any songs by up-and-coming underground emcees like Super Mario, Denzel Curry, Robb Bank$, and Yung Simmie, by tuning into 99 Jamz or 103.5 The Beat. Instead, those stations put mainstream out-of-town artists who vacation in Miami on a pedestal.

They will hype songs by Drake, Future, and The Weeknd like Christmas is coming, but Miami musicians are left wondering how come their records don’t get any airplay when they are making the hottest music on the streets. When I’m in the locker rooms of the Miami Jackson Senior High School football team or Charles Hadley Park, the kids are playing rap music you never hear on the FM dial.

When I travel around the country for my performances, cities like Atlanta, New York City and Washington D.C. let their homegrown talent shine on the airwaves. Not only do you hear music by local artists, radio disc jockeys are constantly plugging their work.

In my heyday running Luke Records, I had to lobby hard to get radio stations to play artists on my label. Radio stations only really started playing 2 Live Crew and other Luke Records artists during the controversy to censor our music. The more government forces tried to ban us, the more the listening public wanted to hear what we had to rap about. When I discovered Pitbull, there were programming directors who scoffed at the notion that a Cuban kid from Little Havana could rap. Pitbull was part of a young generation that included Trick Daddy and JT Money, who were hardcore street hustlers. Music saved their lives.

The snubbing of Miami artists has only gotten worse in the 20 years since Bill Clinton spearheaded the Telecommunications Act of 1996, which opened the door for major conglomerates to own more than one radio station in the same market. In Miami, most stations are owned by two or three major players that cut multi-million dollar deals with the corporate record labels and entertainment companies to only play a select few top 40 artists.

Following my rant, I sat down with the folks at 99 Jamz, who claimed it was difficult to play music by artists not signed to big record deals but i can say Jamz make a effort. I never heard from the people at 103.5. It’s shame interlopers get the red carpet treatment, while the locals can’t even get in the door.

However, radio stations are required by the FCC to produce local programming that reflects the community. If not, the stations could lose their licenses. It’s time for Miami to speak up and demand equal time for our musicians