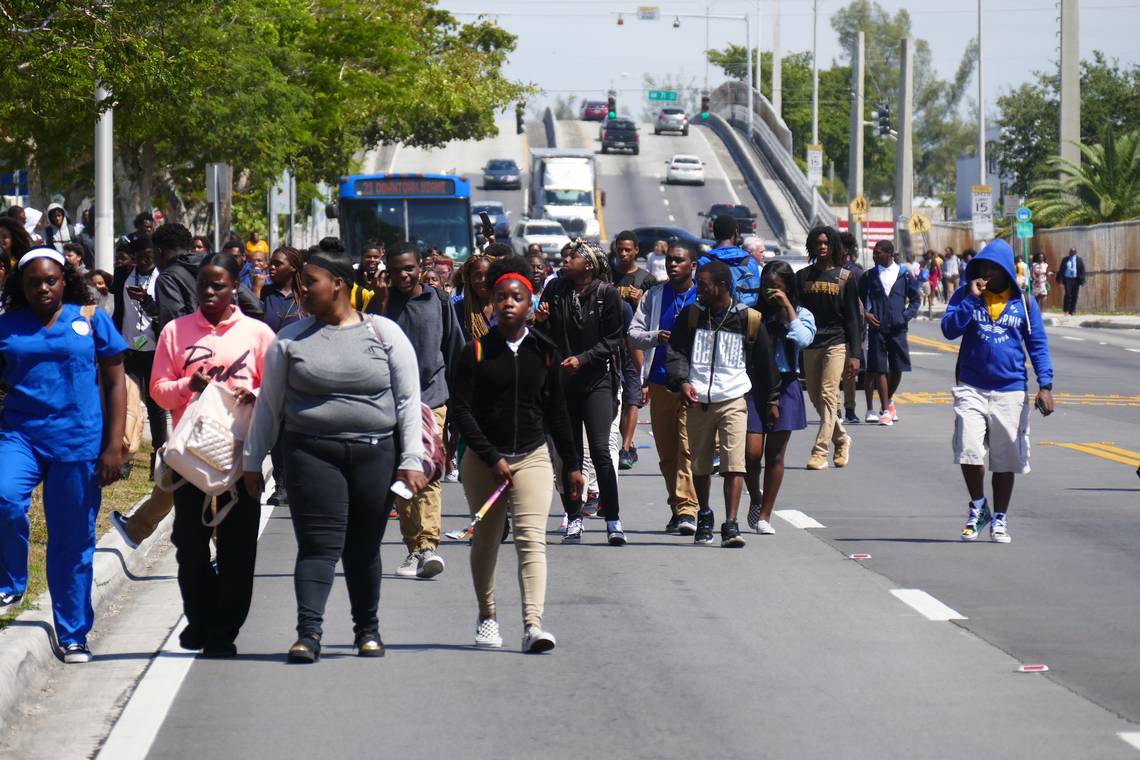 I applaud the kids of Miami Northwestern for walking out.

I applaud the kids of Miami Northwestern for walking out of class in protest of gun violence in their community.

For us adults who have failed the kids you don’t have a damn thing to say in this unless it’s helping these kids who are now crying out to us to do our job.

People want to make the comparison with these kids and Stoneman Douglas kids unfortunately the difference is our kids see death every day of their life.

The Stoneman Douglas kids showed all kids including our kids around the world the power that they have within them to make change.

These kids walking out is the most important breakthrough of solving the gun violence problem that has plagued our community for decades.

Let me help you if you don’t get it.

The Stoneman Douglas kids and community reported the murderer before he murdered law enforcement field the kids and the community.

Just imagine if kids in Liberty City now stand up and tell who’s doing the killings in the community before the killings happen and the adults take it upon their self to do the same as the adults in Parkland that will become real change in our community.

A major breakthrough has happened Liberty City you need to embrace it build on it and not oppose it.