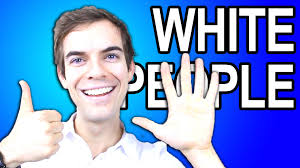 White People of Miami Do Care about Black Lives

Last week, I participated in a panel discussion about the relationship between police and the African American community in Miami that gave me hope. Held at Pipeline Brickell, an office of shared workspaces, I was expecting a crowd full of black lawyers who don’t know how to find their way to the hood.

But when the discussion began, there were only three black people in the audience of about two dozen people. And to my surprise, the white and Hispanic attendees were very passionate and outspoken about how African Americans are treated differently by the police.

One white lady talked about how unfair it is that black parents have to teach their kids how to act in front of a cop so they don’t get shot. “I don’t have to teach that to my son,” she said. “Something has to change.” Another female audience member said it’s a shame that she doesn’t have to be afraid of the police when she gets pulled over.

Panel moderator and Miami Beach City Commissioner Ricky Arriola said he was frustrated by the preferential treatment police officers receive as civil servants. For example, he noted the city was recently forced to rehire a cop who had been fired for being drunk on the job. Miami Dade Assistant Director Stephanie Daniels, a fellow panelist, talked about the adrenaline officers experiencing when they fire their weapons. She said everything slows down for the cop, who believes he or she is only firing once or twice, but in actuality, shoots multiple rounds.

I urged them to take active roles in changing the institutional police culture that protects bad cop behavior. I told them the only way to change the status quo is from the top down. I reminded them about the two-year stretch Miami Police officers did not fire a single shot at a suspect when the late John Timoney was chief.

The discussion left me feeling good about Miamians, regardless of race or ethnicity, coming together to solve a community problem. If we are truly going to put an end to deadly confrontations between cops and unarmed black people, whites and Hispanics have to speak up for African Americans. That’s how we’ll become One Miami
Follow me on Twitter and Instagram Unclelukereal1